Both Danner and Timberland are consistent and make reliable work footwear for around the job site, but there are several differences between the two brands.

This guide will help you make the decision that is right for you when weighing the pros and cons of Danner vs Timberland shoes.

Danner maintains that its different styles of boots are made to fit depending on the environment that they will be used in, so they provide different recommendations depending on what you will be using their boots for.

Danner’s hiking boots should be snug on the sides of your feet but not the front straight out of the box. This means that there should be no side-to-side movement of your foot, but you should feel that there is room near the toebox.

Any experienced hiker will tell you that you can expect your feet to swell as you get further in your venture, so you don’t want your toes to already be cramped when they haven’t gone through a day of trail hiking. Any pinching or pain from walking around your house is a sure sign that you should size up and reassess.

Work boots should feel stiff before they’re broken in, but provide plenty of cushion under your feet. This will be vital for long days at work in a pair of Danners.

Timberland offers a shoe size guide for how its boots of various styles should fit, but the firm offers some basic guidelines. Work boots should always be firm but not tight. The boots should offer some slippage at the heel to allow your foot to flex as you walk but not so much that you run the risk of developing blisters.

Timberland also recommends leaving space for your foot to swell throughout a long day’s work, but you should always try multiple different sizes until you find one that you are confident in. Timberland is generally known for its work boots over its hiking models, and its sizing guide fits this philosophy. In terms of footwear, customers generally get what they pay for. Both Danner and Timberland are considered premium boot models. Even though they offer cheaper products, any serious worker or hiker will know that cheaper boots are generally not worth it.

Expect to spend over one hundred dollars when looking for a dependable pair of boots.

The good news is that the popular models of both Danners and Timberlands are worth the money if you have the available cash.

Danner hunting boots have received rave reviews about how they can be soft but also so quiet. Even Alaskan hunters who routinely trek out for bear and moose praise the brand for its ability to remain comfortable after years of hard use.

Meanwhile, Timberlands are legendary among northeastern construction workers for their ability to handle snow while still being breathable and providing security on a job site that features heavy equipment.

Both companies are considered premium brands, but Timberland is generally considered a popular work/construction book among tradesmen while Danner is largely praised around the hunting/hiking community. Are Danners Better Than Timberlands?

Much of this debate will boil down to an east coast versus west coast issue. These companies have left legacies of comfort, dependency, and reliability in the 20th century, but Danners is from the Pacific Northwest while Timberlands originated in the Northeast.

Outdoorsmen may settle with Danners because it has been put through the wringer in every environment imaginable. At the same time, every contractor who’s had a toe saved from a nail or kept their toes warm thanks to a pair of Timberlands will swear by them.

Are Timberland boots good for winter?

Timberlands are excellent boots for the winter while still being breathable and flexible. This is partially why they grew popular in the urban style scene in New York City for their sharp lines while still being able to get you through a blizzard in the city.

Why Are Danner Boots Expensive?

Danner boots are expensive because they are the best of the best. They are made with premium products and are both designed and manufactured in the United States of America.

Every level of the Danner production process takes place in the U.S. so you can be sure that every pair is designed with your comfort in mind and assembled with the top materials.

No matter which brand you decide on, you can’t make a mistake between Danner and Timberland. From hunting off of the Alaskan coast to strutting a gritty steel mill in Pittsburgh, you will get what you pay for.

Both brands are considered premium manufacturers but from a cultural standpoint, Danner is generally more popular with outdoorsmen while Timberland is bigger with Tradesmen.

Both Danner and Timberland will provide a top-of-the-line boot! 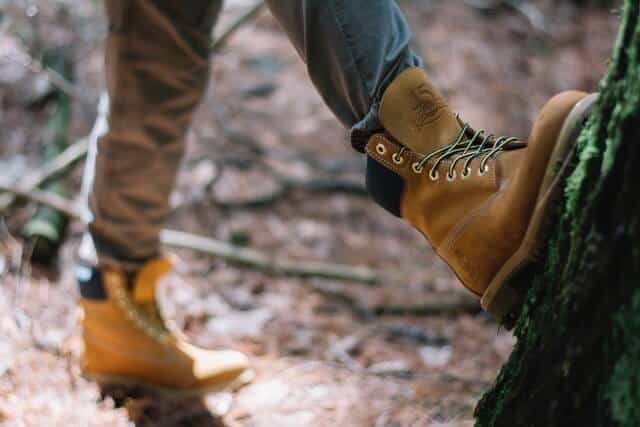